K-Pop in Singapore – Is it Here to Stay?

A look into Kpop in Singapore – Is this a trend to stay?

If I asked you how you felt about K-Pop, what would your reaction be? I’m guessing if you’re a fan, you would start listing every one of your favourite artists, with that glorious gleam in your eyes as you start rambling about all the reasons why you love them so much. But if you’re not, you probably have two types of responses – “I’m cool with it” or “I absolutely hate it”.

Well, whether you’re a fan or not, you have to admit that the K-Pop industry is extremely different. It runs very differently from other music industries around the world, which I believe is one of the main reasons why they’ve caught so many eyes (and hearts), especially in recent years.

But is K-Pop really here to stay? Or is this just another one of those phases that get old and disappear in history? What’s your prediction? Let’s break it all down first, shall we?

What does It Take To Become A Kpop Idol?

Firstly, what makes K-Pop idols different is their horrifyingly intense training system which trains them to be all-rounded artists who can sing, dance, and rap (and even act!) when they make their debut. Many have shared that they spend all seven days a week training on tight schedules, often practicing late into the night.

Idol trainees working hard, to be able to make their debut.

They have regular tests that monitor their progress, and are also, more often than not, hit with harsh words when they don’t meet the extremely high standards set for them. The fear of not being able to make their debut accompanies them through every second of every day.

Doesn’t this explain why immediately upon debut at their tender ages, they all seem to be able to sing and dance perfectly? They are literally trained to be perfect. Their on-stage charisma is so unreal, that their fans become enraptured in their mystery and become stans. They become fiercely loyal.

But how did K-Pop get so popular on a tiny island like Singapore?

Firstly, K-Pop artists are categorised by generations. Some first-generation artists include H.O.T, Shinhwa and g.o.d. While they didn’t really make it big in Singapore just yet, they are considered the pioneers of K-Pop in South Korea.

K-Pop became more international with second-generation artists, like SHINEE, Girls Generation, TVXQ, Big Bang, and Wonder Girls. These were the groups that sparked the fire in Singapore, and third-generation groups like EXO, BTS, NCT, Red Velvet, BLACKPINK, spread it. Today, K-Pop is not just big; it’s colossal, and it’s the collective effort of numerous groups that have carried the legend of K-Pop beyond the borders.

BLACKPINK, one of the largest K-Pop sensations of today!

The first event in Singapore that welcomed South Korean celebrities and idols was the Sundown Festival Concert back in 2010. Artists like After School and F.Cuz attended the event and held meet-and-greets. Gradually more artists started coming and conducted concerts like BEAST, CNBLUE, Girls Generation, SHINee, and till this day, we’ve seen some of the top K-Pop artists from nearly every part of K-Pop history, right here in Singapore.

What About Singapore’s Own Kpop Artists?

Our local artists aren’t nearly as recognised in Singapore itself, let alone beyond our borders. This is because our music industry in Singapore is extremely small. They don’t have as much exposure to large platforms the way other artists around the world do. This explains why many Singaporeans have auditioned and some have even debuted as K-Pop idols! One example would be SKarf,  the Korea-Singapore project that debuted under Alpha Entertainment. They featured two of our very own Singaporeans, Tasha and Ferlyn!

Although the group has now disbanded, this never stopped Singaporeans from having crossovers with K-Pop idols. Gen Neo, a Singaporean singer-songwriter, has worked on numerous SM Entertainment artists’ hits!

Indeed, K-Pop is becoming increasingly popular among our country’s youths. In fact, BTS, one of the top K-Pop artists in Singapore and even around the world, was the first K-Pop act to completely sell out the National Stadium in Singapore, which has a seating capacity of 45,000, in January 2019. This was one of their largest international shows. Their incredibly massive fanbase here has even led to their very own three-month-long pop-up showcase, with Singapore being one of the three locations in the world to feature it, alongside Seoul and Tokyo.

Outside of South Korea, Japan is one of the few countries in which K-Pop has really taken off. To have Singapore belong on this list is truly honourable.

Spotify’s iconic ‘2020 Wrapped’ revealed that 2020’s top 10 most streamed K-Pop artists in Singapore are as follows:

What do you think? Do you see your favourites on this list? If you aren’t a fan, do any of them ring a bell?

Speaking of Spotify, if you were to quickly navigate to the ‘Top Hits in Singapore’ section at any time, you would find at least one K-Pop song on the list. But why are we Singaporeans, and our fellow citizens of the world, so enchanted by K-Pop?

IU, one of the top K-Pop artists in Singapore, recently came back with a brand new album, with beautiful visuals.

Well firstly, for us Singaporeans, being Asian acts, K-Pop artists make regular stops in Singapore on every tour, even if it isn’t a world tour. This sort of satisfies the inner fangirl or fanboy hidden in every K-Pop fan as they can meet their favourites so often! Of course, many fans find their idols good looking as well, and they stick around for their visuals.

K-Pop is definitely different from our local artists and Hollywood stars, as they heavily enforce the idea of variety in their discography. From pop and rock to R&B and ballads, covering various genres and keeping it fresh with every comeback has become a criterion to fulfil. Coming back with brand new, captivating concepts and storylines is also what intrigues fans and reels them in. Some crazy storylines include time travel, superpowers, and even doppelgängers!

EXO members battle with their own evil doppelgängers, X-EXO!

In the K-Pop world, there really is something for everyone – from their bewitching concepts to their jaw-dropping skills.

For concepts, they have dark and mysterious, cute and bubbly, sexy and charming – every concept matches the song they’re promoting so well. For skills, they’re all insanely talented dancers but some are able to take centre stage with the position of main or lead dancers. Some even steal the show with their mind-blowing stage presence as the group’s centre, and some with their exceptional singing and rapping skills, as the main vocalists and main rappers of their team. Every day you find yourself being taken aback by these K-Pop stars.

But these stars don’t have an easy journey. They have to fight to reach the top. Starting off as back-up dancers for their seniors in their labels, training for more than five years before debut, or enduring fierce battles among hundreds of peers – they go through a myriad of struggles to reach where they reach. Their inspiring stories just stick with their fans and it becomes one of the many reasons why they stay incredibly loyal and show immense love for their literal idols.

SHINEE, one of second-generation’s biggest K-Pop groups, made a recent comeback with four members after three years, and have received lots of love from their loyal fans.

There are so many more reasons why K-Pop is blowing up not just in neighbouring countries like Singapore, but also in the USA and in European regions. K-Pop is becoming a global sensation.

The old stereotypes that accompanied K-Pop music and their artists, like “The boys look like girls” or or “They’re good-looking only because of plastic surgery” are gradually disappearing with the immense exposure of K-Pop in Singapore. In that sense, K-Pop has truly evolved. Music knows no boundaries and barriers, certainly not language. And this thinking has become more prevalent in Singaporeans today as they open themselves up to music of other genres and languages.

The Fate Of Kpop In Singapore

So, what do you think is the fate of K-Pop in this ever-changing world? What is its fate in our little red dot? What’s your prediction? Well, here’s mine – I believe that generation by generation, artists will continue to surprise us with refreshing concepts and styles and carry the name of K-Pop forth, just as their predecessors have done and are doing.

And so dare I say, K-Pop is indeed here to stay; not just in Singapore, but around the world. 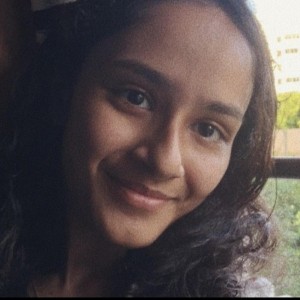 A sucker for stories, a dramatic and sarcastic girl with a self-amusing sense of humour - welcome to her world of self-expression!

We help you experience the best of Singapore.